We’ve got a new livestream that is… well, live. This time, it isn’t a modeling one, but rather one that shows off the implementation of the new Create a Pony UI!

We’re still alive! A lot of changes have been made to the game over the past couple months, and we’re getting closer to our development milestone.  We’re excited to show you all that we’ve done, but we’d also like it to be a surprise. Saying that probably makes it less of a surprise, but don’t worry, when the time comes you’ll see all the exciting stuff we’ve worked on!

In the meantime, you can go ahead and check out some of our past modeling streams on our YouTube channel here, and see what new objects have been created for the game.

We have been noticing some confusion among those who are interested in learning more about this project. We have been talking about releasing a tech demo soon, which has led to some miscommunication about exactly how soon the demo will be out, what will be in the demo, and why some basic stuff still isn’t implemented in the game. This would be a good time to explain exactly why development is slow, and what we’re trying to do to improve it.

We are working hard on this project, and want to take the time to create an excellent final product. We understand that we are developing at a slower pace than most other game development projects. This is primarily because our team structure does not follow strict time guidelines, and all contributions are based on one’s free time. We have it set like this because, while this project is still a commitment, most of the developers are actively busy with schooling, work, family, etc. which we take heavily into consideration when creating and assigning development tasks. This is purely a hobby/passion project, being created by people who have long wanted a Sims-style game with MLP-style horse characters and have some form of game development experience. So, we make sure to recruit the most passionate and suitable people.

Nearly every day, team members develop the game further, whether it’s a big or small contribution. Sometimes, this doesn’t show to the public because most work being done right now is foundational – things that are critical for the functionality of later game features, that aren’t exactly easy to showcase. The Ponies is still very much in the pre-alpha phase of development, and it is going to take a long time until completion. This is natural with the development of any kind of video game.

Now, this comes to the topic of the demo. We have been planning since the beginning of development to release early builds for play testing that anybody can access, both as a proof of concept and as a way for players to provide feedback. We have not released any build of the game yet, simply because it is not suitable for release. To be totally honest, all that is there currently is a basic object catalog and placement system, 5 lots that can be played on, a CC creation and implementation system, and the early framework of the game that makes this all work (along with smaller things like camera controls, sample time controls, etc.). We also have been working on a Create-a-Pony prototype, which has been released as a proof of concept. We understand that the CAP prototype is extremely lackluster, and this is because it’s the very first version of CAP. We will develop this tool much more over time (and don’t worry, the pony model is only a placeholder. We promise.)

As you can tell from the few things that are implemented, there is a long, long way to go. We are always happy to see that the followers of our project are excited for the game, but it is super easy to let that excitement create some expectations, and we understand that many people have been expecting something to be completed or released by now. But this is impossible at this time. If we could work on a tighter time frame, then this project would probably be several steps ahead. But sadly, that is just not something that can be done right now. With how small the team is, and the non-existent time frame, development will naturally be slow. It can certainly be helped if we can expand certain fields on the team (for example, right now we’re trying to find 3D modelers who can create new pony models for this game), and find the people who are the most passionate about helping this game come to life. But unfortunately, these kind of people are extremely hard to come by for projects like this.

We’re working very hard to providing a great game, but we hope you’ll understand that this kind of project is certainly far from an easy task, and while super fun, it will just be much slower than other small projects. As always, we at The Ponies Team are super passionate and dedicated to making The Ponies come to life, and we hope to find more people who are just as passionate that can help out! We also hope to see the community grow larger, as we love hearing what you think of the project, and can’t wait to see how you will play – including what kinds of ponies you’ll make, what stories you’ll give them, and what world you’ll create around them.

After some time, a new development progress video is finally out! In this one, you will see our newly implemented shaders for the game (which are still WIP), as well as some new objects and even a simple time progression system in working order. There’s still a lot to go before we are able to implement ponies, however. We’re also working on a new UI for the game to provide a better experience for the player. As always, we’ll keep you posted on the latest going on with the development of The Ponies. 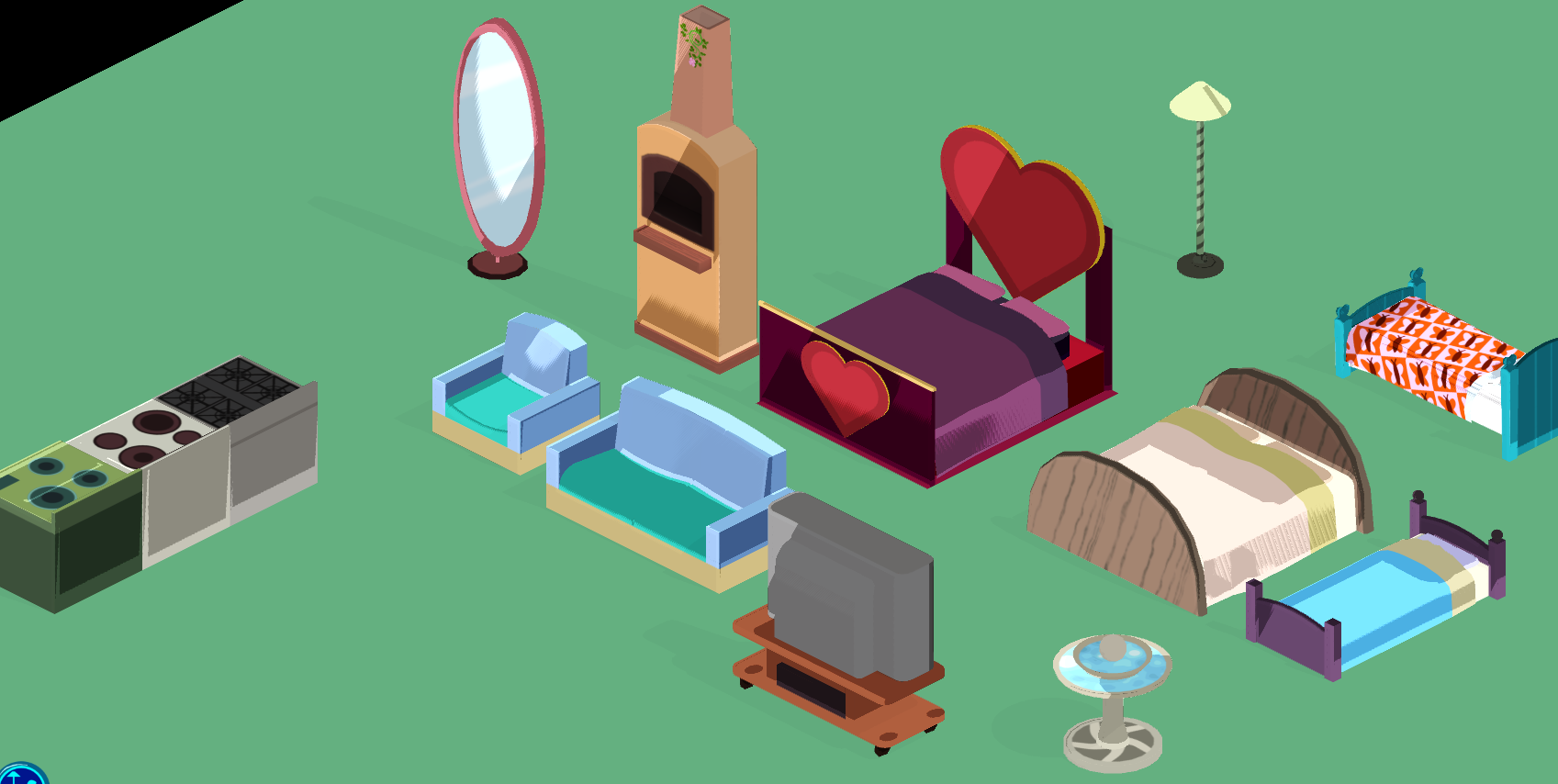 We’ve been working on lots of things recently for this game, so there’s too much that can be shown in just one picture (that’s why we’ll use a video for that eventually!). However, we can currently share with you our newly implemented shaders for the game. Though still a work-in-progress, they certainly make the game fun to look at – even in pre-alpha!