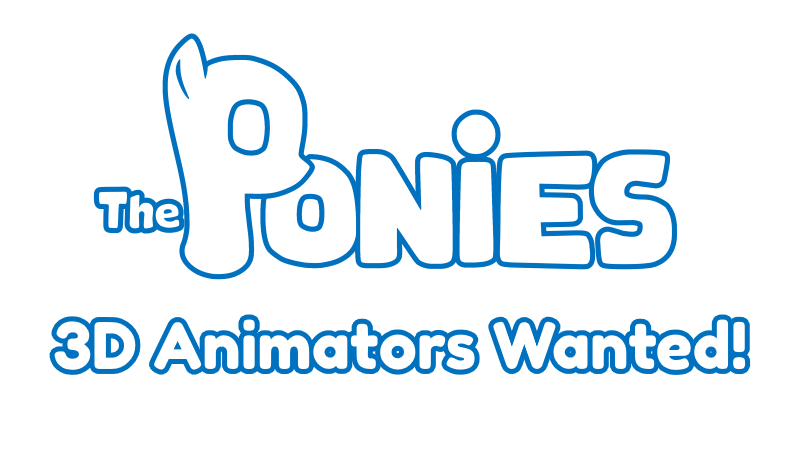 Hello everypony! We’ve been working hard the last few months and have finally reached the point of getting our ponies in the game – however, we need animations. We’re looking to recruit a skilled volunteer 3D animator or two to make a great addition to our team! If you are interested in recruitment, please contact us through our contact form or reach out to us in the #recruitment channel of our Discord server.

Hello everypony! We’ve been a bit quiet the last month, aside from a couple 3D modeling live streams on our YouTube channel (which you can check out here!), but we’re still hard at work on the game. Though we’ve been going through a slowdown lately, it’s important to remember all projects of this size, with a very small team and essentially no budget, typically go through these kinds of slowdowns periodically. But with motivation and passion, they are sure to swing right back! We’d like to thank you all for sticking with us this far in supporting the project. It means a lot to us! We’ll be sure to continue working hard on the game, and to bring you something new and exciting this year regarding the project.

It’s been forever, but we’re finally back with a new live stream. Watch one of our developers, who goes by Neutron, work on some new 3D models for the game. Come on by!

We’ve had a slow down in progress lately, primarily due to a good portion of our team members being busy outside the project. Don’t worry though, we’re still going strong and we’ve been working on some exciting things. In fact, we’re planning on doing a livestream once more on our YouTube channel (which you can check out here) sometime soon so we can show you what we’re currently developing.

We understand some frustration in our project’s community in that there’s been less frequent progress updates lately, with less work examples being shown. As mentioned prior, we’ve had a slowdown and therefore haven’t had the opportunity to showcase anything exciting. But we’re planning to get back in the groove of things and hopefully provide you with a lot of new stuff in the next couple months. We’re very passionate about this project, and we can see our followers are as well!

It takes time to make a good game, especially with a team as small as ours. But we’d rather take some time to get it right rather than rush it and make the game unenjoyable. We’re still planning on releasing an early alpha demo when we can. Remember that since this initial release will only be an alpha demo, it will be fairly preliminary with only the most basic of features. But we’ll let you know what we’re working on and what’s to be added next with each release… this is a surprisingly big game, so it’s going to take quite a bit of time before the whole thing is truly complete.

It’s been a few months since we’ve made any sort of announcement, and we know that makes us look pretty inactive. But don’t worry – we’re still alive as of September! Our team is still hard at work on the game, and we can’t wait to share new stuff when the time comes. Stick around to get the latest on the project – you can follow us on Twitter and on Facebook, and also join our Discord server.